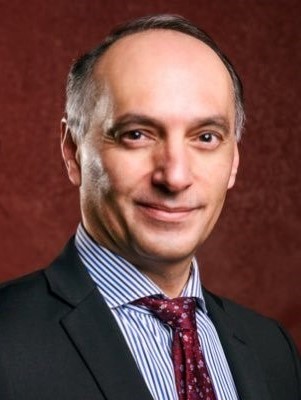 Dr Masoud Dara is a physician and public health professional from Belgium with more than 25 years of experience in designing, implementing and evaluating health programs with a focus on infectious diseases in about forty countries across four continents.

Since November 2021, he functions as the Director of Global Health and Alliances at Otsuka Novel Products Group GmbH.

From October 2020 to October 2021, Dr Dara served as the Special Representative of the WHO Regional Director to Belarus, providing strategic guidance and policy dialogue and leading the WHO Country Office activities in the country. From October 2016 to October 2020, he coordinated the WHO Regional Office for Europe’s Communicable Diseases Department and led the WHO/Europe’s Joint Tuberculosis, HIV and viral hepatitis program. Before that, Dr Dara functioned as the WHO Senior Advisor to the European Union for two consecutive years. He led the WHO/Europe’s TB and MDR-TB program between 2010 and 2014. From 2001 to 2010, he served as a Senior Consultant of the Royal Netherlands Tuberculosis Association (KNCV) and functioned as a WHO Medical Officer in Moscow. In the beginning of his international career, Dr Dara worked as a medical doctor and Project Coordinator of Médecins Sans Frontières in Central Asia and as the Head of Belgian Red Cross in Kosovo between 1998 and 2001.

Dr Dara has authored more than 60 publications in peer-reviewed journals and several WHO guidelines. He has been a chair and member of various scientific working groups such as TB Control in Prisons of the International Union Against Tuberculosis and Lung Diseases. Furthermore, in various periods, he served an Associate Editor of International Journal of Tuberculosis and Lung Diseases, a member of the Editorial Board of Eurosurveillance and a member of the Editorial Board of International Journal of Environmental Research and Public Health.

He is fluent in Persian, English, French, Dutch and Russian.