It is now more urgent than ever to take measures to tackle the threat of antimicrobial resistance; in view of the dangers of increasing drug-resistant infections and the public health, social and economic consequences these will trigger. The UN has called for concerted action from governments and various sectors to address the implications of antimicrobial resistance in a comprehensive manner, and implement strategies at national level.

The threat of AMR

Antimicrobial resistance (AMR) is the ability of a microorganism (such as bacteria, viruses, and some parasites) to stop an antimicrobial (such as antibiotics, antivirals and antimalarials) from working against it. AMR is an increasingly significant threat to global public health which puts at risk the effective prevention and treatment of a wide range of infections. AMR is present in every country around the world and infections caused by drug-resistant bacteria can cause death. At least 700,000 people die each year because of drug resistant infections and 480,000 people develop multi-drug resistant tuberculosis each year. Due to resistance to antibiotics, treatment for common infections such as intestinal bacteria Klebsiella pneumoniae and urinary tract infections are proving ineffective in more than half of patients in many parts of the world. Treatment failure to the last resort of medicine for gonorrhoea has been confirmed in at least 10 countries. This is an urgent problem that affects us all.

While AMR occurs naturally, its rate and spread of occurrence has been accelerated by the inappropriate and overuse of antibiotics in both people and animals.

It is clear that the nature and scale of this challenge requires collaboration across governments, the life science industry, healthcare providers, and NGOs to ensure effectively and rapid action to combat AMR.

The global life sciences industry and the members of the AMR Industry Alliance can help provide solutions to AMR. There are significant contributions that individual organizations can make, and industry has a role to play as part of a global collective and coordinated effort for to manage the threat of AMR.

To achieve this, we need the capacity of business to innovate and execute, meeting societal and market needs swiftly, effectively and around the world. We need businesses working on research and development for new classes of antibiotics and breakthrough mechanisms, collaborating with other stakeholders to make treatments available where access is lacking as well as developing and encouraging the uptake of effective vaccines and diagnostics tools. The diversity of the members of the AMR Industry Alliance will go a long way towards delivering the mix of solutions needed. The continuum of care today – which extends from prevention to surveillance, screening and treatment – impacts that of tomorrow. We need to value treatments for infections accordingly, and be effective stewards of those treatments in ways commensurate with their value.

Life-sciences at the forefront of the battle against AMR 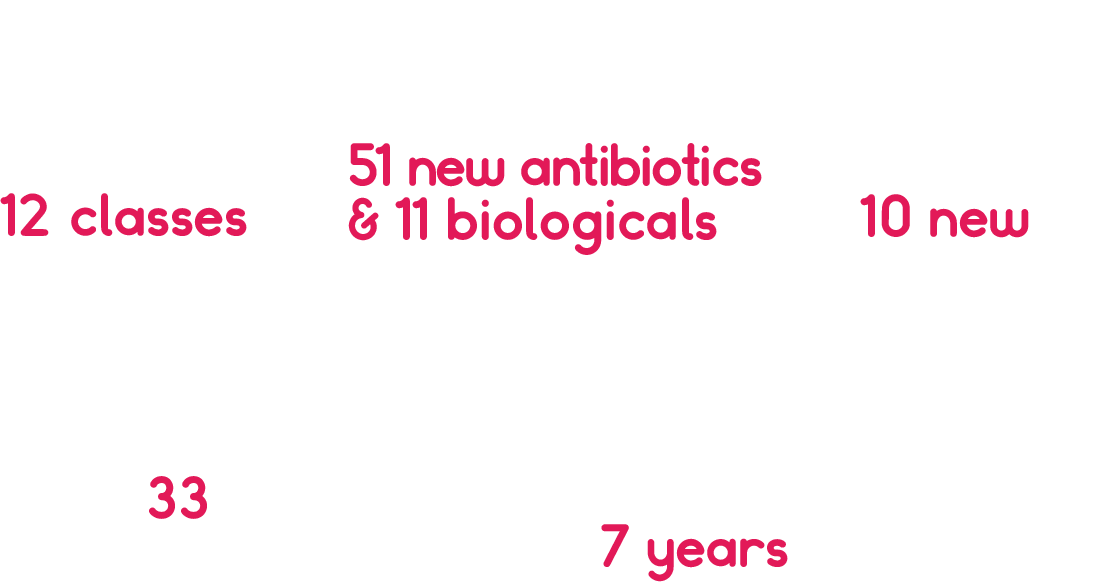