This Q&A was first published on PharmExec on 20 April, 2018. Interview by Julian Upton.

1. When trying to reduce antimicrobial resistance, how can vaccines help?

Vaccines are critical and powerful tools in the fight against AMR and infectious diseases; they not only save lives but reduce the ability of bugs to develop resistance. They:
• Reduce the use of antibiotics by preventing bacterial infections before they occur, thus removing any need to treat the infection. Increasing access to vaccines such as pneumococcal and meningococcal conjugate can decrease infection rates and consequently antibiotic use.
• Reduce the prevalence of viral infections, which are often inappropriately treated with antibiotics and can give rise to secondary infections requiring antibiotic treatment. Immunization against viral influenza, for example, can reduce antibiotic use by as much as 64% in vaccinated individuals.
• Reduce the number of infections in the population through direct protection of vaccinated individuals and by reducing carriage (the infection of an individual without causing symptoms), thus limiting the spread of infections within a community (herd immunity).
• Limit the spread of AMR organisms within communities by reducing the volume of visits to points of care, especially hospitals, which can often be a source of infection.
We reflect the importance of vaccines in the AMR Industry Alliance’s first progress report. The new Alliance of more than 100 biotech, diagnostics, generics and research-based biopharmaceutical companies and trade associations have identified that the full the potential of vaccines has not yet been fully explored.

2. What needs to be done so that immunization can help reduce antimicrobial resistance (AMR)?

Vaccines can be utilized in the fight against AMR in three ways. First, current vaccination efforts through National Immunization Programs need to be encouraged and universal access to existing vaccines needs to be expanded. Global health efforts under way to eradicate smallpox show that this is a feasible prospect.
Second, immunization programs need to be offered to children and adults alike as part of a life-course approach to preventing disease – one that stresses the importance of vaccination at all stages of life to ward off illness. Adult immunization programs provide a cost-effective approach to promoting health and wellness in older populations and in people with underlying health problems.
Third, the life science industry needs to prioritize the R&D of new vaccines – especially for diseases that pose the biggest threat of drug resistance (the World Health Organization has a priority list of antibiotic-resistant bacteria). There are scientific and commercial challenges in developing new vaccines and more public and private investment, as well as economic and regulatory incentives, is required to overcome these hurdles.

3. How much of an impact does immunization have today in terms of slowing the antibiotic resistance?

Immunization has a crucial role to play in combatting AMR. Antibiotic resistance has the power to transport us back to a time when minor infections were deadly. Since the 1970s, for example, the typhoid bacteria has been evolving and typhoid, an otherwise vaccine-preventable infectious disease, is becoming increasingly resistant to antibiotics, resulting in the emergence of multi-drug resistant typhoid. Today, vaccines targeting potentially antimicrobial resistant bacteria include: Cholera, Diphtheria, Invasive pneumococcal disease, Meningitis as well as Typhoid fever.
More could be done for example to stop the common misuse of antibiotics against influenza . This is because symptoms are often similar to ones developed with a bacterial infection and the use of point-of-care diagnostics is not systematic. Immunization helps reduce the incidence of influenza infections and, with it, the number of opportunities for misuse of antibiotics. Flu immunization also helps scale back consumption of antibiotics as it prevents the development of bacterial infections associated with influenza (also called “super infection”).

4. Are vaccines used enough to have an impact on slowing down resistance to antibiotics?

No: a study published in the Lancet has estimated that universal coverage of the pneumococcal vaccine could prevent 11.4 million days of antibiotic use per year in children aged under five while increased immunisation coverage with the rotavirus vaccine could help reduce the over use of antibiotics to treat diarrhoeal disease.
Immunization during the life-course matters more than ever. Expanding access to vaccines is crucial to achieving the Sustainable Development Goals (SDGs), but is also a fundamental strategy in achieving other health priorities such as beating AMR. Universal vaccination and the successful development of new or improved vaccines will be important measures in the long-haul fight against AMR.

5. What AMR-relevant vaccines are currently in the life-science industry’s pipeline?

Six members of the AMR Industry Alliance are involved in AMR-relevant vaccine R&D, with 13 candidates in active development in the last five years. Some of the relevant bacterial vaccine candidates are in phase I and later of clinical development. These include potential vaccines for tuberculosis, streptococcus pneumoniae, c. difficile, and s.aureas. However, AMR-relevant vaccines face particular scientific and regulatory barriers: their target population is generally much smaller, more vulnerable and contains patients more likely to possess weaker immune systems, preventing the vaccine from being fully effective. This central challenge, combined with the additional regulatory approvals required in some countries, creates a tough economic outlook.

6. Is there enough R&D in this area considering the scale of the AMR challenge?

Universal vaccination and the successful development of new or improved vaccines are important measures in the long-haul fight against AMR. The AMR Industry Alliance’s first progress report showed that, in 2016, 22 Alliance companies invested at least USD 2 billion in R&D dedicated to AMR-related products. In addition to the 13 clinical bacterial vaccine candidates, the funds cover costs for early-stage R&D, exploring new product classes, ten antibiotics in late-stage clinical development, 18 AMR-relevant diagnostic products, and other preventive therapies. But a majority of Alliance companies viewed R&D incentives as either “promising but with far to go” or “insufficient relative to the challenge”. That notwithstanding, companies involved in vaccines R&D are dedicated to working together as an industry to address AMR and partnering with world leaders and donors to ensure immunization can play its full role in achieving global health security.

7. What is the role of the life science industry and more specifically the new AMR Industry Alliance in terms of vaccines and reducing antimicrobial resistance?

The Alliance is an industry initiative bringing together over 100 companies from different sectors such as biotech, diagnostics, generics and R&D pharma that pledge to deliver on specific commitments. A key pledge is to foster innovative approaches to using alternatives to antimicrobials and new technologies for diagnosis and vaccines. The Alliance calls for an integrated deployment of vaccines and medicines, diagnostics, antibiotics and other therapies to address the multiple challenges across the continuum of care – from prevention, monitoring and screening to treatment.

8. While AMR has been top of the global health policy agenda now for some years, has there been enough action and in your opinion what more needs to be done so that vaccines can make a bigger contribution to reducing AMR?

There is a considerable way to go and the scale of antimicrobial resistance has never been so large. Although vaccines are acknowledged as part of the solution, their contribution to the fight against AMR has not been sufficiently explored. The successful development of vaccines and achieving universal vaccination for high burden diseases will be important milestones in that fight. Vaccines should be regarded as a powerful tool in our arsenal to reduce the spread of antibiotic resistance. Not only to pre-emptively reduce the burden of infectious diseases but to reduce the prevalence of resistance by reducing the need for antibiotics.
Expanding access to vaccines should be viewed as key to achieving Universal Health Coverage and most of the SDGs but also fundamental to achieving other health priorities such as combatting AMR.

Thomas Cueni is chair of the AMR Industry Alliance and director general of the International Federation of Pharmaceutical Manufacturers and Associations (IFPMA). 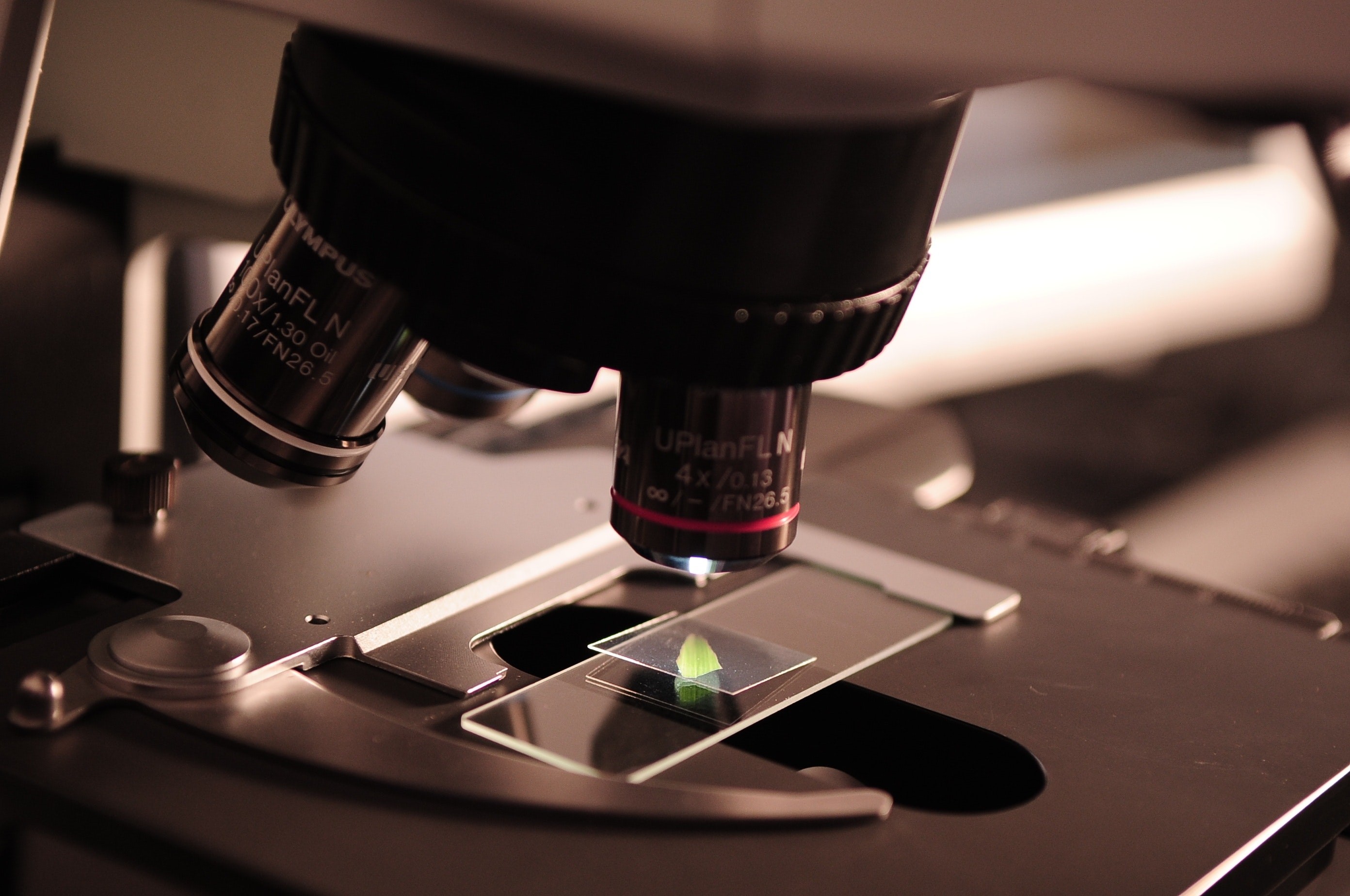