Fighting superbugs cannot be a luxury for the rich

While the world has woken up to the threat of antimicrobial resistance and is starting to respond, many low-income countries are struggling to find capacity and need greater support. That is the headline finding of a groundbreaking global survey of how well countries think they are doing in fighting antimicrobial resistance, conducted by the World Health Organization, the Food and Agriculture Organization of the United Nations, and the World Organisation for Animal Health, or OIE.

Bacteria are rapidly developing resistance to antibiotics. Viruses, fungi and parasites are doing the same. This is because we have been overusing and misusing medicines for decades. It’s called antimicrobial resistance, and it is a major global threat.

This silent tsunami, in which we are losing our ability to protect against infections such as pneumonia, tuberculosis and malaria, has been neglected for far too long. For years, microbiologists have been warning — with increasing volume — that indiscriminate use of antibiotics and similar drugs in humans and animals is increasingly rendering them ineffective.

Now, antimicrobial resistance has finally come to the forefront in health and political circles, leading to the development in 2015 of a Global Action Plan, endorsed by ministers of health and agriculture at the governing bodies of WHO, FAO and OIE, and heads of state at a high-level meeting of the United Nations General Assembly last September. Since then, countries have been developing national action plans to put the globally-agreed policy changes into practice.

Our survey of country progress offers some good news. More than 90 percent of people in the world — or 6.5 billion people — live in a country that has developed, or is developing, a national action plan on antimicrobial resistance. Some of the key areas in which countries report that they are doing well are: Training doctors, nurses, and other health workers on how to reduce the spread of antimicrobial resistance; improving the prevention and control of infections; and strengthening systems to detect the extent of the problem. These are incredible achievements. National plans are multisectoral — which means that leaders in human health, animal health, and the environment, who often talk about joined-up approaches, are actually putting it into action.

“The lack of preparedness in low-income countries should concern us all, no matter how rich a country we live in … in a globalized world, microbes don’t respect national borders. They spread with ease.”

When you drill down into the numbers, a slightly less rosy picture emerges. High-income countries that already have stronger health and agricultural systems are much better prepared to deal with antimicrobial resistance — more than 80 percent of these countries have a plan in place, or are developing one. By contrast, about 30 percent of low-income countries either have or are developing a plan. This is not surprising. Many low-income countries lack the expertise or capacity to develop a national plan, or they are overwhelmed by dealing with fragile health systems or outbreaks of infectious diseases.

Yet low-income countries are the ones that need to be the best prepared, since they are likely to bear the brunt of resistance: Infectious diseases are much more common, and their health systems are much weaker and less able to adapt as first-line antibiotics — which tend to be cheaper — become less effective. The burden of harder-to-treat infectious diseases and the impact of treatment failure in human lives and relative economic cost will be much higher than in richer countries.

The lack of preparedness in low-income countries should concern us all, no matter how rich a country we live in. Antibiotic resistance will not just affect the ability to treat diseases such as malaria or tuberculosis, which many might think occur in the poorest parts of the world. Resistant bacteria will challenge our ability to treat women in childbirth, people undergoing surgery, or those on cancer chemotherapy. And, in a globalized world, microbes don’t respect national borders. They spread with ease.

“Antimicrobial resistance is not just a health issue — it is a development issue.”

So how can we support all countries to be better prepared? WHO is providing training and support to several countries, but my hope is that other development partners will engage to support implementation in low-income countries. There are many more immediate and visible problems in these countries, but not addressing antimicrobial resistance straight away threatens the sustainability of recent progress in fragile health systems, and creates a global risk.

The survey shows, perhaps not surprisingly, that strengthening the health response will be challenging, but an even greater challenge will be to build resilient systems in other sectors. Antimicrobial resistance is not just a health issue — it is a development issue. We need to engage with the development community to strengthen health, agricultural and environmental systems. National governments, development agencies and banks need to invest in national action plans now to prevent the greater impact on health, economic development and livestock production.

The good news is that we know how to reduce antimicrobial resistance. We need to reduce the need for antimicrobials through good clinical practice, immunization, improvements in water, sanitation and hygiene, and good animal husbandry; we also need to ensure that these medicines are used more prudently in both people and animals, through better diagnostics, better access to the right drugs, and better regulation of antibiotics. We also need a much better system for monitoring supplies of drugs, where they are shipped, how they are distributed, and monitoring and reporting on the prevalence of drug-resistant infections in humans and animals.

This is a complex puzzle, but one that we can solve. It is one that, for the sake of the world’s health and wealth, we must solve. 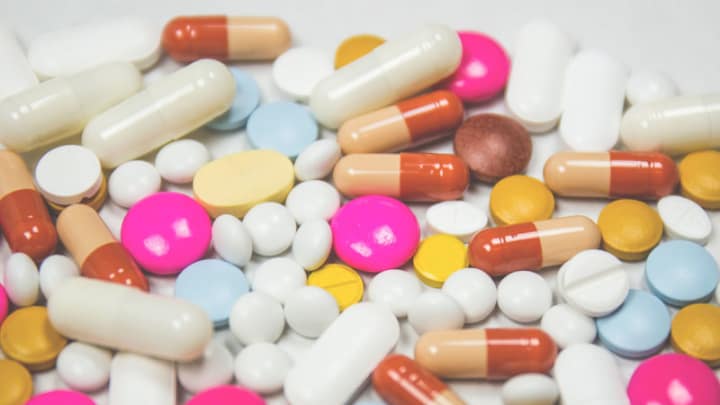