The low worldwide prices for antibiotics, combined with the need to carefully ration sale of any powerful new drugs that come to market to preserve their efficacy, continue to dampen industry investment in desperately-needed treatments for new drug-resistant superbugs, according to a sweeping new report by the AMR Industry Alliance, released today.

While civil society advocates have focused significant attention on the high prices of some new drug treatments for non-communicable diseases such as cancer, the AMR Industry Alliance Progress Report, sheds light on market forces playing out at the other end of the spectrum.

The findings about investment trends and barriers should be a “wake-up call” for people concerned about rising antimicrobial resistance (AMR) in disease-causing pathogens, said Thomas Cueni, head of the International Federation of Pharmaceutical Manufacturers and Associations (IFPMA) and Alliance Chair in a press release.

He added, “Discovering new and effective ways to leverage positive preclinical pipeline results and working together to ensure that late-stage antimicrobial drug discovery and development is better supported are vital.”

The same market forces that are preventing new treatments from reaching the marketplace are also leading to increased shortages in some of the most common antibiotics, which billions around the world take for granted – although an estimated 5.7 million people die every year due to lack of access, the report states.

The massive new report, which tracks successes as well as setbacks in the global fight against superbugs across the range of AMR issues, is the synthesis of a detailed survey among 65 member companies of the AMR Industry Alliance, a group of life science companies dedicated to curbing the growing threat of superbugs.

According to the report, some $US 1.6 billion was invested by the private sector in 2018 in the development of new treatments that could help combat antimicrobial resistance, along with some $US 500 million in public funds. But that probably represents a flat trend, or even a decline over private sector investments in previous years, said industry experts interviewed by Health Policy Watch.

Investors are still funding pre-clinical discoveries of potential antibiotics, as well as new generation diagnostic tests, where there is a healthy pipeline. But little money is going towards funding costlier late stage R&D, such as clinical trials, the report finds.

Smaller biotech companies are especially struggling to secure investments that “will allow them to survive,” says Greg Frank, director of Infectious Disease Policy at the Biotechnology Innovation Organization, a member of the AMR Industry Alliance told Health Policy Watch, in an interview.

He described the chill cast over the industry after the biotech firm Achaogen went bankrupt, shortly after it brought a new antibiotic to market approval. This was followed by the filing of bankruptcy by Melinta, another biotech firm with a drug candidate in late stage development.

“While Melinta continues to operate during its restructuring, this doesn’t send a good signal to the investment community. It says, ‘this is an area that you should never touch’,” said Frank.

Frank explained that once new antibiotics are approved and brought to market, they are usually regulated to only treating the most drug-resistant diseases. While that may prevent resistance to the new drug from developing as quickly, this results in only small amounts of sales. Antibiotics are also expected to be priced lower than new drugs for other diseases such as cancer, so it is difficult for smaller companies to recoup the costs of R&D and manufacturing in the first few years after new antibiotic is approved.

Thus, Frank adds, many smaller firms will bring a product to mid-development, then “shop around” and sell their product to larger firms that have the capital to take on the risk of bringing a new antimicrobial to market.

However, with the exit of several large research-based biopharmaceutical companies such as Novartis, Sanofi, and AstraZeneca from the AMR drug development space in the past two years, smaller companies are no longer able to follow this model to secure investments.

That means that highly promising early-stage discoveries may never reach patients unless investment in later and more costly sages of R&D for these products is ramped up, and new government incentives for antibiotic research are enacted.

The industry report predicts that investment in AMR R&D may see a downwards trend in the coming years unless governments enact new incentives to pull large pharmaceutical companies back into the space. Frank says that ultimately, small companies with potential novel compounds that could “treat a public health need” must also be able to incentivize investors and make a sustainable return on investments.

One potential solution, said Frank, is the creation of new types of “market-entry rewards” by the public sector that reward a company with an approved antibiotic that meets a specific criteria with some form of cash benefits or its equivalent.

On example of such a reward would be a more flexible formula for “exclusivity vouchers,” which extend the patented life of a product by a year and have been created in some countries to reward new drug innovations. If these were made transferable, they could be used by a company to protect another, more profitable product in its portfolio or sold – providing added return on investment.

Currently, these vouchers can only be applied to the approved antibiotic, said Frank, but for a medicine that is not very profitable, this creates little incentive to advance research and production:  “I once had a company tell me, ‘it’s great that we have it; now it gives me another 5 years to solely lose money on my medicine.’”

The threat of drug-resistant superbugs has often focused on the “arms-race” between the development of stronger disease-causing pathogens and new drugs to fight them.

But the AMR report also highlights one brighter spot – the increased investment in new diagnostics development, which can play a critical role in reducing drug resistance.

Expanded use of diagnostics can help make sure that the “right tools” are available for the “right patient” at the “right time,” explains Jean-Louis Tissier, vice president of public and government affairs-AMR at the in-vitro diagnostics company bioMérieux, an AMR Industry Alliance member.

For example, it can be difficult to tell if certain diseases are caused by bacteria or viruses based on symptoms alone. Acute respiratory infections, which often present with cold-like symptoms, can be caused by both bacteria or viruses. But prescribing antibiotics for viral illnesses contributes to growing drug resistance without actually treating the patient effectively.

For instance, a simple lab test for the bacterial biomarker pro-calcitonin that takes less than one hour, can tell a physician if the patient has a bacterial infection; it can also help the physician decide for how long the patient might need antibiotic treatment. This test is being widely used in some European countries, such as Germany, he said.

With new diagnostic tools becoming available, the next step is to support low- and  middle-income countries to invest further in diagnostic and laboratory capabilities that can use these tools effectively, said Tissier. “Health care facilities are looking at the most efficient systems, and these countries are where we need to demonstrate the economic and medical value of diagnostics solutions. Yes, there is a cost at the laboratory level [to do a diagnostic test], but at the hospital level diagnostics are a key source of savings.”

Going a step further, newer molecular biology diagnostics for conditions such as acute respiratory infections can provide clinicians with even more accurate information about the type of pathogen involved, as well as to which drugs it may respond, leading to faster, more appropriate treatments for patients.

The same market forces that are preventing new treatments from reaching the marketplace also are also leading to supply-chain shortages for some of the most common and critical antibiotics, which billions around the world take for granted, while millions of other people still lack access, the report finds.

“Continuity of supply of antibiotics is of paramount important and there are many elements needed to ensure this is the case, including supply chains with suppliers that have robust quality and environmental health and safety systems in place,” says Steve Brooks, chair of the manufacturing working group at the AMR Industry Alliance.

“Maintaining robust systems takes management commitment and money, and it’s these costs that may not be fully valued in the current procurement practices when antibiotics are purchased by large/institutional buyers.”

Shortages also are linked to low prices, which have prompted the withdrawal of many manufacturers from antibiotic production, leading to increased concentration in supply chains that can also create bottlenecks when just one manufacturer shuts down or fails to fill an order.

Solutions can involve what some have called the “Netflix” model of longer-term contracts between health systems and drug manufacturers, said Frank. This allows drug suppliers to rationally plan production and therefore supply, without fear of the sudden loss of a customer.

Environmental Concerns, and Other Challenges

On the enviromental front, where the release of antibiotic residues from pharma production facilities can foster development of drug resistant bacteria in sewage effluent, industry members are taking additional steps to control the release of such residues into the environment, the Alliance report says. Members are two years ahead of schedule in establishing a standard framework for limiting manufacturing emissions to “no-effect” concentrations within the next seven years.

“Alliance manufacturers are committed… to auditing their sites and those of their suppliers against the Alliance Common Antibiotic Manufacturing Framework and assessing concentrations of antibiotic residue in waste streams,” explained Brooks.

The framework dictates that for a factory supplying one million antibiotic tablets per year, the concentration of antibiotic in the collected waste water must be less than 1 microgram per litre. Effectively this would mean that residue concentrations released annually into wastewater effluent would not contain enough active ingredient for even one antibiotic tablet, he said.

So far, the findings show that 82% of participating companies’ antibiotics manufacturing facilities meet or partially meet the framework requirements. Those suppliers that don’t meet the standard are required to take action to reduce their antibiotic emissions, or potentially face losing their contracts.

“In the event changes are not not being made in a timely manner, members may look at alternate supply arrangements,” said Brooks.

Industry members have also made efforts to combat falsified and substandard antimicrobials; develop strategies to improve access to medicines in low-income countries; and formalize standards for appropriate use of antibiotics.

Together, the AMR Industry Alliance group of some 91 biotech, diagnostics, generic medicines, and research-based biopharma companies account for approximately one-third of the global antibiotic supply, and nearly half of the antibiotics in pre-clinical development, and half of the diagnostics sector producing AMR-related products. 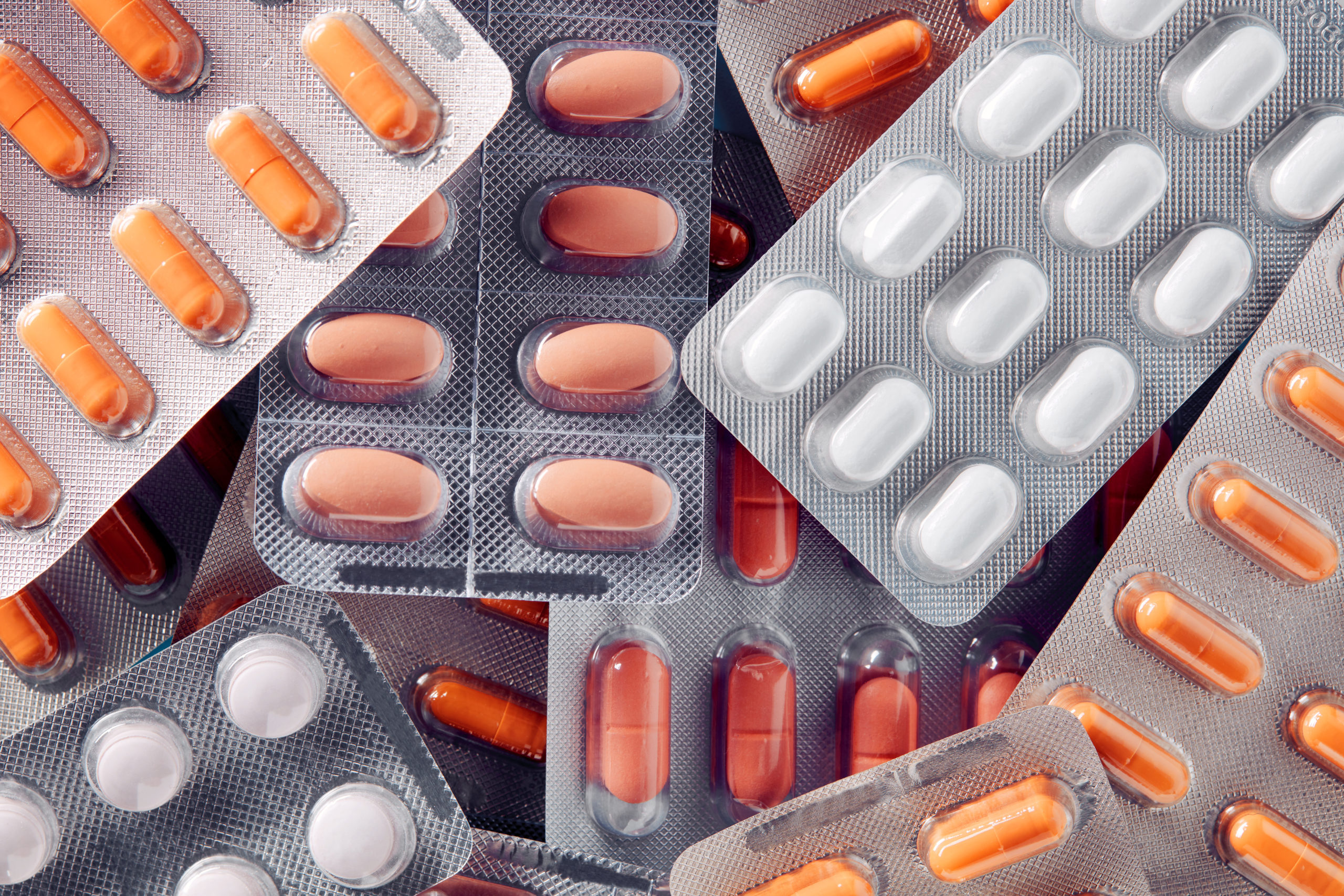