Industry leaders from the drug industry have come together to tackle the growing threat of drug-resistant infection, which experts warn could cause the deaths of 10 million people each year by 2050.

The AMR Industry Alliance, officially launched on Thursday at the B20 Health Conference in Berlin, brings together pharmaceutical research companies, generic drug companies, and biotech and diagnostic companies, to drive and measure industry progress toward eradicating antimicrobial resistance, which leads to drug-resistant infections.

AMR could cause 10 million deaths a year by 2050, according to a 2014 study commissioned by the British government, with people liable to die from infections commonly treated by antibiotics.

The alliance, which is hosted by the Geneva-based International Federation of Pharmaceutical Manufacturers and Associations, will be responsible for tracking and reporting on progress, identifying gaps in research and setting future targets, and will also act as a liaison with the public sector on controlling drug resistance.

“The focus is on the role global business can play in finding sustainable solutions to curb antimicrobial resistance. The AMR Industry Alliance will create a broad industry momentum and facilitate the collaboration between the public and private sectors,” according to IFPMA’s Director-General Thomas Cueni.

The initiative is being launched on the back of recent commitments, including the Industry Declaration on AMR and subsequent Roadmap, which were signed by more than 100 companies and trade associations during meetings at last year’s World Economic Forum and a high-level United Nations meeting on AMR.

The commitments set out a plan for global action to reduce AMR through investing in research and development, improving access to antibiotics, vaccines and diagnostics.

“The formation of the AMR Industry Alliance further underscores the deep dedication of the biopharmaceutical industry to address the growing global crisis of antimicrobial resistance,” he said.

Part of the solution to AMR will be developing new medicines, according to Steve Bates, vice-chair of the International Council of Biotech Associations, who said, “small and medium-sized enterprises stand ready to be powerful innovators to develop new and pioneering medicines adding to our arsenal of antimicrobial drugs.”

However, changing the way doctors prescribe and patients take their medicine would be part of the solution, according to Adrian van den Hoven, director-general of Medicines for Europe, which represents Europe’s emerging generic industry providing generic alternatives to branded medicines.

“To ensure that antibiotic medicines remain effective for patients, we need rational prescribing and better information on use for patients,” he said.

Van den Hoven also underscored the importance of maintaining “sufficient manufacturing capacity with equal market conditions,” in order to ensure that the drug industry can keep up with technological developments in the field.

“The AMR Industry Alliance offers an opportunity to engage constructively on these solutions with policy makers and stakeholders,” he added.

The Alliance is due to publish its first progress report at next year’s World Economic Forum in Davos. 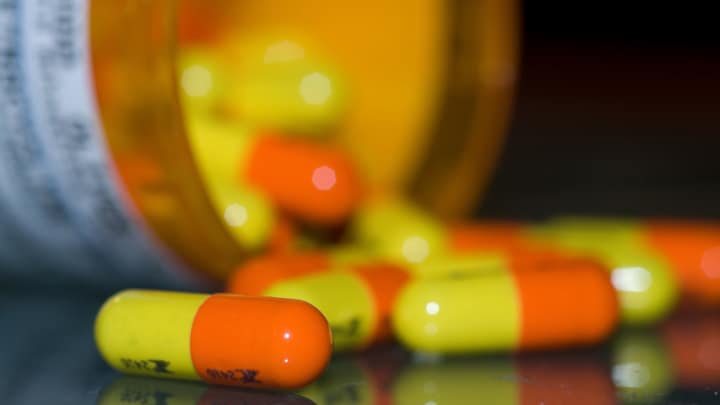