A new report from the United Nations Foundation and the Wellcome Trust is highlighting the progress that’s been made, and the work that needs to be done, in the year since world leaders made a commitment to address antimicrobial resistance (AMR).

The report, published a year to the day that the United Nations (UN) General Assembly agreed to address the root causes of AMR and take action to tackle the problem, shows that many nations are following up on their pledge to encourage more responsible use of antimicrobials in human medicine and agriculture. Out of 151 countries recently surveyed, 85% say they are developing or have developed national action plans on AMR and 52% have a fully developed plan that addresses the One Health spectrum of human, animal, and environmental sectors.

Among these countries is India, frequently viewed as a poster child for unregulated use of antimicrobials. India launched a multi-sectoral effort to curb AMR in April.

Progress has also been made in global governance, the report notes. The Inter-Agency Coordination Group (IACG), a body formed to provide guidance and ensure sustained global action, held its first official meeting and adopted a Framework for Action.

The IACG, which will report back to the UN on global progress in 2018, is seen as providing important leadership in the fight against AMR. And in July, the leaders of the G20 nations reaffirmed their commitment to fighting AMR, pledging to implement national action plans by the end of 2018 and promote prudent use of antimicrobials in all sectors.

UN Foundation president and CEO Kathy Calvin says these much-needed actions are an indication that awareness of AMR is growing among policy makers. “AMR is a challenge that spans an enormous cross-section of modern life around the world,” she writes in the report. “This global problem needs a global response.”

In committing to the 2016 draft declaration on AMR, UN member states agreed to a blueprint that was put forward by the World Health Organization (WHO) in 2015. The WHOs global action plan called for nations to improve public awareness and understanding of AMR, increase surveillance for drug-resistant organisms, reduce the incidence of infection through improved sanitation and hygiene, promote antimicrobial stewardship in human and animal health, and increase investment in new antibiotics, diagnostics, and vaccines. These goals were to be the basis for national AMR actions plans.

The One Health approach

In one of the more far-reaching efforts, Vietnam’s Ministry for Agriculture and Rural Development announced that all antibiotics will be banned from use in livestock after 2020.

These policy actions in the animal health sector have been aided by industry and non-profit groups, the report adds, citing increasing focus on the issue from global food leaders and food producers. In particular, companies like McDonald’s, Kentucky Fried Chicken, and Tyson Foods have made pledges to end the use of medically important antibiotics in the chicken they sell.

In addition, the report acknowledges the commitments made by the drug and diagnostic industries to combat AMR. Among them is the establishment of the AMR Industry Alliance, an effort by pharmaceutical, diagnostic, and biotech companies to develop mechanisms to track progress, identify gaps, and set targets on new antibiotics and diagnostics. These efforts have been complemented by public-private partnerships, including CARB-X and the DRIVE-AB project, which have provided funding for antibiotic and diagnostic research and development and are developing new economic models to promote antibiotic innovation.

Yet for all steps that have been taken, it’s clear much more work needs to be done, the report concludes.

Only 5% of countries, for example, have a multi-sectoral AMR action plan that has been implemented and has identified sources of funding and monitoring in place. Meanwhile, only 11 new antibiotic candidates were in phase 3 clinical trials as of March 2017, and only one in three drugs in the pipeline is from a novel class or has a novel mechanism of action—traits that are considered essential for reducing resistance. And despite growing recognition of the impact of antibiotic use in food-animals, more than 60,000 tons of antibiotics are used in animals globally per year.

On top of this, AMR continues to emerge and spread across the globe, highlighted by reports showing widespread resistance to treatments for gonorrhea, steadily increasing drug resistance in Klebsiella pneumoniae, Escherichia coli, and Acinetobacter strains, and the emergence of an extensively drug-resistant form of tuberculosis that’s spreading from person to person in South Africa.

“These developments, coming in just the past 12 months, underline the central truth of drug-resistant infections: that they are already inflicting a cruel burden on individuals and more broadly on global health today,” Wellcome Trust Director Jeremy Farrar, MD, PhD, writes in the report. 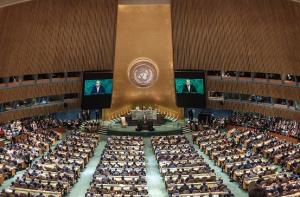