A report today from an international association of life sciences companies suggests that the private sector is making progress in meeting its commitment to help solve the antimicrobial resistance (AMR) crisis, but much work remains.

The progress report from the AMR Industry Alliance, a collection of more than 100 companies and trade associations representing the pharmaceutical, biotechnology, generics, and diagnostics industries, indicates that industry investment in AMR-related research and development is significant and has resulted in a handful of new products in development, including antibiotics, vaccine candidates, and diagnostic products.

The report also found that many alliance companies are actively engaged in efforts to promote appropriate use of antibiotics, are working with other stakeholders to expand appropriate access to antibiotics, and are making efforts to reduce the environmental impact that antibiotics manufacturing has on AMR.

Yet many of the companies said that the current research and development incentives are inadequate, and some suggest they would likely decrease investment in this area if new incentives aren’t devised. And the report concluded that more work can be done by these companies on appropriate use, access, and environmental impact.

“The report is a sign that we have made progress…but we need to be humble,” alliance chair Thomas Cueni, director-general of the International Federation of Pharmaceutical Manufacturers & Associations, said at a news conference in Geneva. Cueni called the progress “fragile.”

The report, based on data and survey responses from 36 alliance members, comes 2 years after the companies signed on to a declaration on AMR at the World Economic Forum in Davos, Switzerland, in January 2016. In the Davos Declaration, the companies committed to invest in research and development for innovative treatments and diagnostics, to support appropriate use and improved stewardship, and improve access to high-quality antibiotics, vaccines, and diagnostics.

An industry “roadmap” released in September 2016 further called for antibiotics manufacturers to assess the environmental impact of their production facilities—focusing in particular on the release of antibiotic residues into the environment—and to establish a common framework for managing antibiotic discharge. A recent report from UN Environment said that while the science is still emerging, evidence suggests antibiotic compounds released into the environment by pharmaceutical facilities—along with household, hospitals, and farms—are driving bacterial evolution and the emergence of drug-resistant pathogens.

According to data provided by only 22 of the companies, alliance members collectively invested at least $2 billion in AMR-related research and development in 2016. In addition, more than three quarters of responding companies have had one or more AMR-related products in development in the past 5 years. These include 10 antibiotics with activity against World Health Organization (WHO)-designated “priority pathogens” that are in late-stage (phase 2 or 3) development, 13 vaccine candidates, and 18 diagnostic products.

“The pipeline is active, if insufficient,” said Denise Delaney of SustainAbility, the think tank that produced the report.

Yet the survey responses also reflected the industry’s concerns about the unique financial challenges of developing new treatments for drug-resistant infections. Since new antibiotics, especially those for serious, multidrug-resistant infections, would be used sparingly to prevent the development of resistance, they won’t produce the same type of financial returns as drugs for chronic conditions. As a result, many industry leaders believe new commercial models and more “push” and “pull” incentives are needed to incentivize research and development in this area.

Push incentives include grants and other financial support that help reduce the costs of developing new antibiotics, while pull incentives aim to ensure that a product that reaches the market will be profitable. One type of pull incentive that has been suggested is a market entry reward, in which companies that develop antibiotics would get a large, up-front payment primarily funded by governments and other public sources.

Over 90% of the companies responding to the survey characterized current research and development incentives as either “promising but far to go” or “insufficient relative to the challenge.” Thirty percent said they would likely decrease investment in antibiotics, vaccines, and diagnostics if no new incentives are established and commercial models remain the same.

“$2 billion is by far not enough, when you compare it to the potential $100 trillion in economic damage,” said Cueni, referring to a 2014 estimate of what AMR could cost globally by 2050 if current antibiotics lose their effectiveness and no new antibiotics are developed. “But it is nearly four times as much….as what governments invest into push incentives for antibiotic AMR research.

“We are willing to share our knowledge, our experience, but we need support, and we need dialogue with all concerned people,” Cueni added.

That sentiment is echoed by Kevin Outterson, JD, executive director of CARB-X (the Combating Antibiotic Resistant Bacteria Biopharmaceutical Accelerator), a public-private partnership launched in 2016 to help provide a financial boost for companies in the early stages of developing new antibacterial products. “Antibiotics is a $40 billion global market. For antibiotic R&D [research and development], we are investing about $630 million per year in public and charitable funds and, according to this report, about $2 billion in private funds,” Outterson explained in an email.

“While we are grateful, no one working in the field thinks 6.5% for antibiotic R&D is enough,” Outterson said. “Without new incentives like a market entry reward, I have no doubt that private investment will continue to shrink,” he said.

While research and development funding remains a major hurdle, the report indicates that alliance members are working to meet the other commitments made in the Davos Declaration. Over 80% of responding companies said they are engaged in activities to support appropriate use of current antibiotics. These efforts include collecting or supporting the collection of surveillance data, collaborating in antibiotic stewardship education, and ensuring that their marketing and promotional efforts are consistent with the goal of advancing stewardship.

In addition, more than three quarters of the companies said they had plans in place to improve access to their AMR-related products, including strategies to address delays and supply chain disruptions and reduce the prevalence of substandard and falsified products. According to the report, nearly 6 million people die from treatable infections each year because they lack access to antibiotics, mostly in lower- and middle-income countries.

“Enhanced access to antibiotics—aligned with antimicrobial stewardship—will save lives and slow the spread of AMR,” the report states. Enhancing access to vaccines that can prevent infections and diagnostic tests that can promote earlier and more appropriate treatment will help in that effort.

“This framework sets out minimum expectations for companies’ environmental programs, as regards water, waste, and supply chain audits, and 2018 is a key year for them to start to implement that,” Delaney said.

The next alliance report will be released in 2020. Delaney said the alliance hopes to have a higher response rate for the next report. 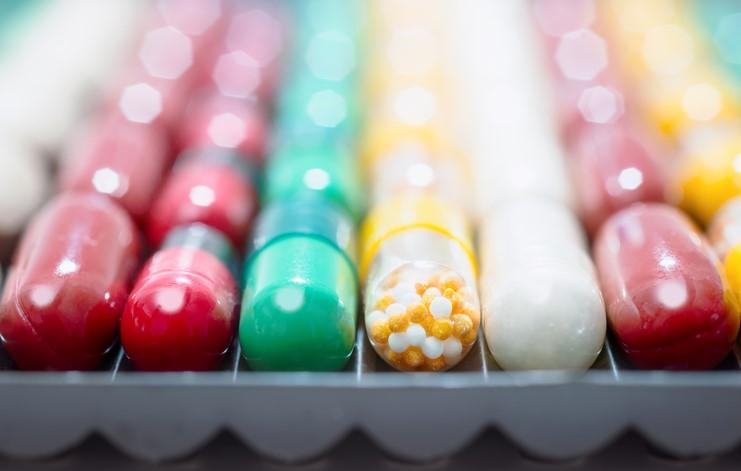